Lawyers’ tricks: Write authorizations for a power of attorney, and then “skin” the client 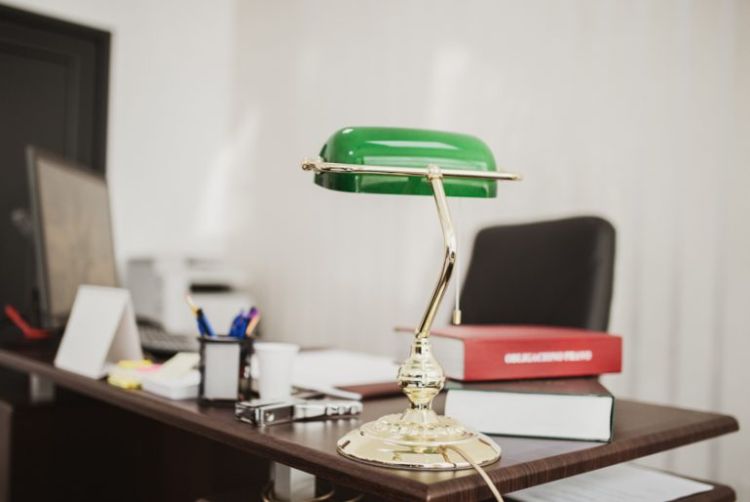 The signing of a blank power of attorney, which leaves the lawyer to represent in court and perform other legal tasks, has become a subject of abuse in recent years and is often used to “inflate” costs without the knowledge of the party.

The rule that lawyers must sign a power of attorney at the beginning of their cooperation with each party, proving the authority to represent before the court, should precisely define what actions he can take on behalf of his party.

However, it happens that the parties do not live in BiH or in the same city where the lawyer is, or due to some other situations they are prevented from physically signing the power of attorney, which is why the practice of leaving several lines to be filled, expanding and supplementing powers and legal actions agreed upon by the legal representative and the party.

Like any freer practice in BiH, this one showed its dark side, so some lawyers took advantage of the newly established flexibility and began to write down their powers and “build” the accounts of their parties, whose interests they should defend and represent.

This happened in the company “Kozaraputevi”, whose legal representative in the first and second instance was the Banja Luka lawyer Marija Marković, who, as they claim and prove by a copy of the power of attorney, wrote the authorization to write an unnecessary review of the verdict in the case in which she represented two years earlier, without informing or consulting them at all.

Igor Čorokalo, the deputy director of this company, says that it was a lawsuit of one subcontractor against “Kozaraputev” regarding obsolete claims from 2004.

“We won the lawsuit in the first instance in 2018, which was confirmed by the second instance decision from 2019. At the end of 2019, the prosecutor filed a revision in that case with the Supreme Court of the RS, and our lawyer used the blank power of attorney we gave her in 2017 and without consulting the company’s legal representatives, wrote her own authorization to respond to the revision. In response to the revision, the lawyer did not state anything that had not already been pointed out during the proceedings. And the power of attorney she wrote for herself is messy, because it does not contain the number of cases in which she is authorized to represent us, nor the names of litigants, but given the marginal importance of the response to the audit, the court obviously did not pay attention to the text of her power of attorney”, says Čorokalo.

After that, he claims, she sent an invoice in the amount of around 2,600 KM, in which the claim was increased by 100 percent in relation to the fee provided by the lawyer’s tariff, and a warning before the lawsuit, and soon after she filed a lawsuit to collect the action. which none of the legal representatives asked to be undertaken, nor did they know that it would be undertaken on behalf of the company. 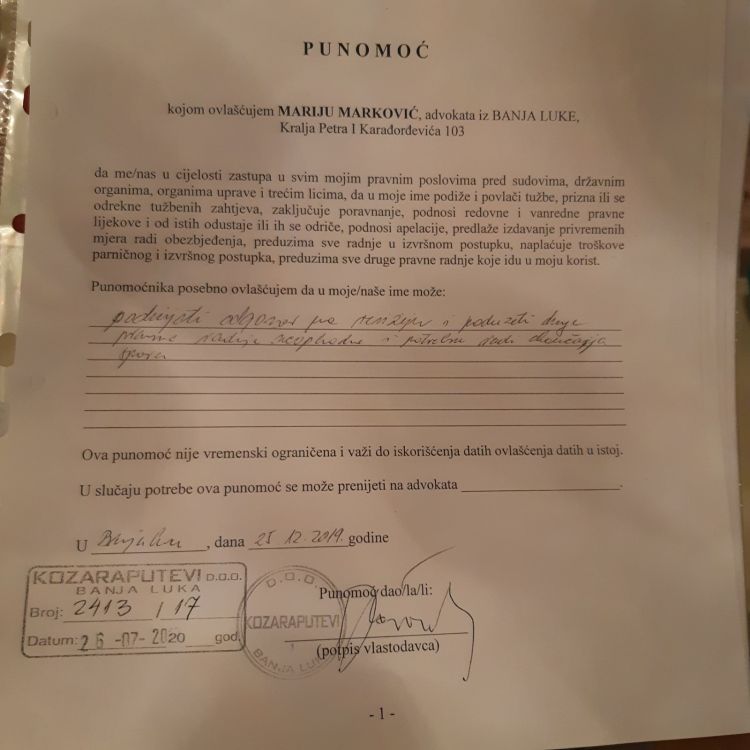 “She didn’t even send the original invoice, but an unsigned copy. There was no other option, we entered the court proceedings and now we are waiting for the outcome. We did not report it to the Bar Association, but that is one of the options. If we do not win the process in the first procedure, then we will go with the criminal report and the report to the RS Bar Association “, said Čorokalo.

In the trial, the defendant’s lawyer justified herself in the interest of the party, but could not precisely explain why she did not consult with her. When asked about this case and whether she abused her power of attorney, Marija Marković said that she did not want to comment on the situation because the trial is underway and a verdict is pending.

“Let the court have its say, I do not want to comment on that. We are waiting for the verdict,” she said.

An extreme example of abuse of power of attorney

“This is a really extreme example of abuse of power that I have encountered. A lawyer without the client’s knowledge, after the procedure is finalized, fills in the blank power of attorney and authorizes himself to take legal action that is not necessary (writing a response to the audit) and takes that action, and then sends the client an invoice and notification of action taken”,says Vranješ.

She notes that special care should be taken when giving a blank power of attorney due to possible abuses, as we have seen in this example.

“Many lawyers practice giving clients a blank power of attorney to sign, in which they subsequently state the legal actions for which the client authorizes them, so that the client does not know what he is authorizing for when signing the power of attorney. The legislator himself gives great powers to the lawyer, because the legal provision defines that if the party issued a power of attorney to conduct a lawsuit, and did not specify the powers in the power of attorney, he is authorized to perform all actions in the procedure, especially to file a lawsuit. (which also refers to the counter-lawsuit), withdraw the lawsuit, respond to the lawsuit, admit the lawsuit or waive it, accept the costs on its own account, conclude a settlement and more “, says our interlocutor.

It is not an isolated case

Unfortunately, despite all the technological achievements and facilities for scanning and sending power of attorney, we still find handwritten texts in practice.

Recently, one judge reacted because she noticed that the power of attorney for the young trainee was signed and certified before he even finished college.

As a source from one court told us, the lawsuit was conducted for a year and a half, and in the meantime, the lawyer hired a new trainee and then added him to the power of attorney. The judge noticed that and asked for a new one, because the power of attorney was signed and certified before the intern even finished college.

“This is an example that did not cause any particular problem for the party, but it happens to be much more difficult situations. The problem is that we leave the lawyer’s hands free through a blank power of attorney, and he can write what he wants and how much he wants. It is not just a problem here that this is being done, but that the court accepts it and that the bar associations do not react to such situations. Lawyers are not all honest or highly moral, there are some who have been convicted of many crimes, so we should be careful,” our interlocutor explained.

The High Judicial and Prosecutorial Council of BiH has not discussed such situations so far, so they referred us to the Bar Associations of the Republika Srpska and the Federation of BiH. We did not receive an answer from the RS Bar Association, which is in charge of the specific case that eTrafika investigated, despite persistent calls and inquiries. So we did not find out whether they plan and in what way they would punish lawyers who in this way abuse the trust of clients and unequivocally damage the reputation of the profession.

Subota, 30 Juli 2022 11:03
Impuls istražuje
Public procurement of the Bijeljina hospital: When the tender is "well-tuned" - the winner is known in advance

Ponedjeljak, 18 Juli 2022 10:54
Impuls istražuje
Ilidža: From the fight against construction chaos to the legalization of crime by the previous government

Gacko: They leaned a beach bar against a cultural and historical monument, and “borrow” electricity from RiTE