They are on the lists again: Mitrović, Bijedić, Nešić and Brdar did not separate the private from the public 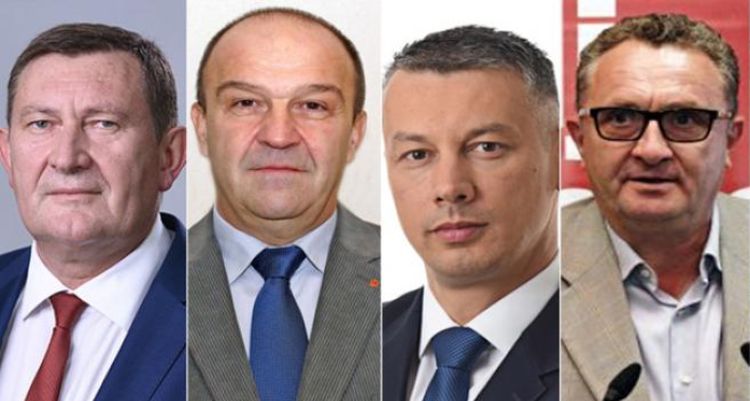 Fokus.ba investigated five officials who are in a conflict of interest, but despite this, they are again on the lists for different levels of government in the upcoming elections

In Bosnia and Herzegovina, we have been witnessing a complete derogation of the mechanism for preventing conflicts of interest for a long time. We are told about this not only by the often questionable actions of the competent bodies that deal with determining conflicts and sanctioning officials at the level of BiH and the RS, because there is no such body in the FBiH, but also by numerous examples of officials who, according to all definitions of conflict of interest in this segment, have violated the law.

Fokus.ba investigated five officials who, not only according to the definitions of the Organization for Economic Cooperation and Development (OECD), but also according to the provisions of domestic legislation, are in a conflict of interest. All five are on the lists for the upcoming general elections, which will be held on October 2.

Although the current Minister of Communications and Transport of Bosnia and Herzegovina, Vojin Mitrović, who leads the SNSD list for the National Assembly of the RS in the upcoming elections (Electoral Unit 6), in May of this year, due to a conflict of interest, was fined 20 per cent of his salary for six months, the information obtained by research by Fokus.ba indicates that this official is still in a kind of conflict of interest.

Moreover, we have come across new information that further deepens the arguments for a possible new punishment for Mitrović. 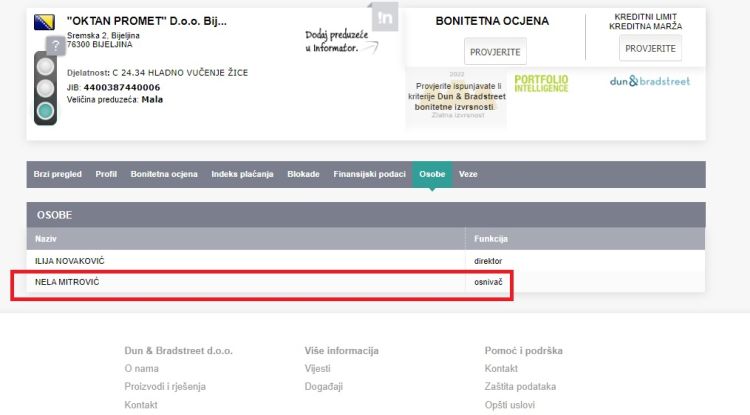 Wife of Vojin Mitrović, owner of the company Oktan promet

Let us remind you that Mitrović was punished by the BiH Conflict of Interest Commission because he was a member of the Supervisory Board of the Public Enterprise “Komunalac” in Bijeljina, and at the same time a state minister. Mitrović is no longer on the Supervisory Board of “Komunalc”, but his wife Nela Mitrović is still listed as the owner and representative of the company “Oktan promet” d.o.o. Bijeljina, which was also disputed.

Before becoming a minister, Mitrović himself was the owner of the company “Oktan promet”, which, according to the latest data from the Banja Luka stock exchange from August 18 of this year, has a share of 29.8 per cent in “Komunalac”, where he was until recently a Member of the supervisory board.

While “Oktan promet” did business with the Government of RS in the past, “Komunalac” entered into a number of direct agreements with state institutions. According to the data from the Public Procurement Portal, in 2021, 2020, and 2019, they entered into direct agreements with Elektroprenos for “pumping the septic tank”, as well as with the Indirect Taxation Administration of BiH for the provision of grass mowing services at GP Rača, as well as the provision of cleaning and washing services of asphalt surfaces on CR/GP Rača.

Furthermore, Stefan Mitrović, son of Vojin Mitrović, according to data from the Banja Luka Stock Exchange, is currently on the supervisory boards of “Komunalc”, then Rudnik and thermal power plant “Ugljevik”, a public company that operates within the framework of the Mixed Holding “Elektroprivreda Republika Srpska”.

Vojin Mitrović's son on the supervisory and management boards

At the end of June this year, Stefan Mitrović became the president of the Management Board of Sarajevo-gas Istočno Sarajevo, a company that transports gas from Russia through the main gas pipeline Zvornik – Sarajevo on the section Zvornik – Kladanj. By the way, this company is the legal successor of JKP “Sarajevogas” Sarajevo and since then manages the assets of the pre-war company located in the territory of Republika Srpska.

It is interesting that “Oktan promet”, which was founded by the current state minister Vojin Mitrović, and whose representative is currently his wife, last year increased its stake in Sarajevo-gas Istočno Sarajevo, whose Board of Directors is chaired by their son Stefan, with 4.49 to 14.46 per cent, making him the second largest shareholder.

To summarize, Mitrović is the current state minister. His wife is the owner of a company (Oktan promet) which has a significant stake in a company (Komunalac) that concludes contracts with state enterprises. The son is the head of a company (Sarajevo-gas Istočno Sarajevo) that carries out work of importance for the state, which is ensuring the flow of gas through the territory of the RS, while the company that was previously run by his father (Oktan promet) and now by his mother, increased its stake in this company that deals with gas transportation, and Mitrović Jr. is on the Board of Directors.

According to the provisions of the current Law on Conflict of Interest in BiH Institutions, the engagement of a close relative, in the case of Mitrović, that is his wife and son, in supervisory boards, boards or management in private companies that enter into contracts or do business with institutions at any level is considered a conflict of interest. In this case, it is also about the involvement of close relatives in public companies.

Together with his cousin Elsad, he is the co-owner of the company “Boje i lakovi Svjetlost” in Tuzla. Bijedić is listed as the founder of this company, while his cousin is the director. In the period from 2018 to 2020, this company signed direct agreements with one state institution. Bijedić himself, together with other deputies in the House of Representatives, took the oath on December 6, 2018.

Namely, from December 27, 2018, until December 29, 2020, the company “Boje i lakovi Svjetlost” signed seven direct agreements with the state institution BiH Anti-Doping Control Agency, for the following services: supply of light bulbs, wiper blades and rubber mats for Peugeot 301, and service of Peugeot 301 vehicles. In total, excluding VAT, 1,174 KM were charged for these concluded direct agreements. 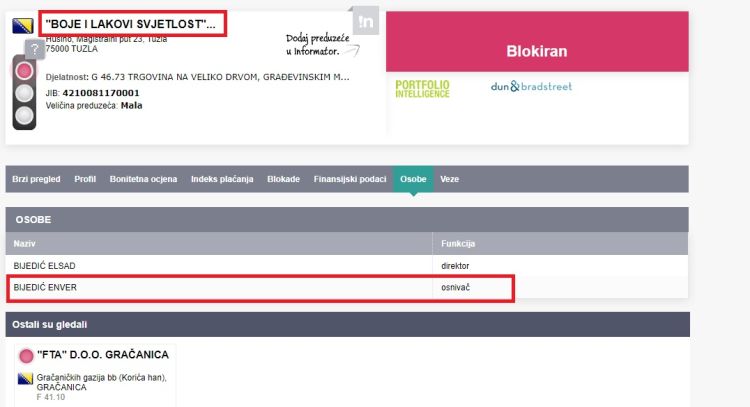 According to the latest updated list of debtors of the FBiH Tax Administration from June 30, Bijedić's company had a total tax debt of 126,193 KM. Together with his cousin, Bijedić is also the founder of the company BBL Tuzla, which, however, did not do business with state institutions.

Nenad Nešić, the president of DNS, is a candidate for a member of the BiH Presidency in the upcoming elections. Nešić is a current member of the House of Representatives of the Parliamentary Assembly of Bosnia and Herzegovina, and on March 3 last year, the Commission for Decisions on Conflict of Interest punished him because, in the period from November 6, 2018, to October 14, 2020, he held the position of Acting Director of the Public Enterprise “Putevi RS” while he was also a member of the state parliament. He was punished, however, with the suspension of 10 per cent of six months’ income. 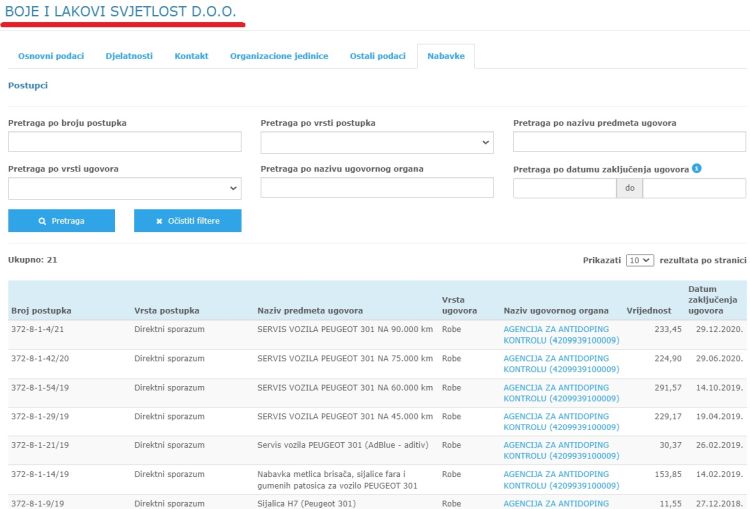 Nenad Nešić is no longer the head of the Public Enterprise Putevi RS, but he is the founder of the N-Group enterprise in Istočno Sarajevo. The director of this company is currently Nešić's wife Maja. His brother Predrag is the owner of the company N-Trade in Istočno Sarajevo. In contrast to N-Group, for N-Trade you can find data on the business of this company with state institutions. 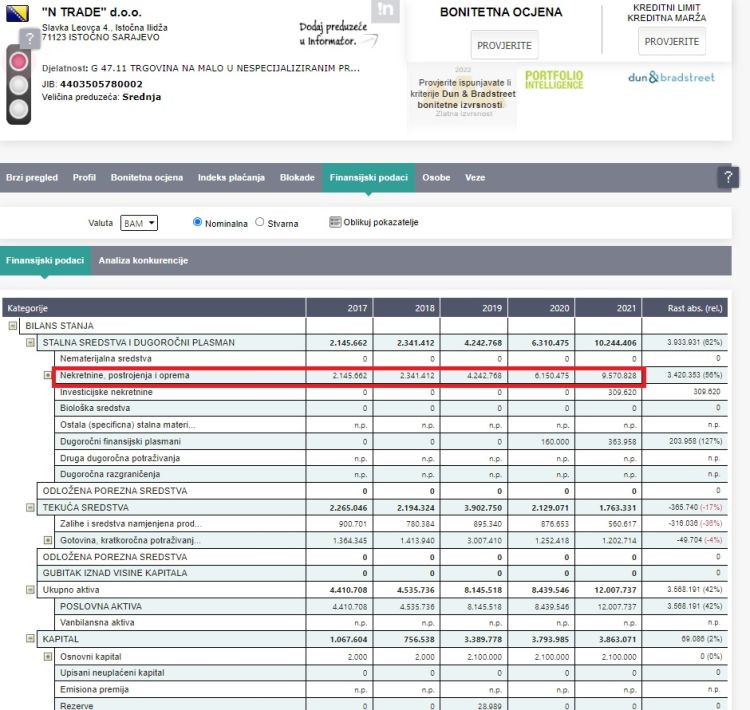 Thus, N-Trade, led by Predrag Nešić, from the moment when Nenad Nešić was sworn in as a state representative until today, according to data from the Public Procurement Portal, concluded seven direct agreements with state institutions. 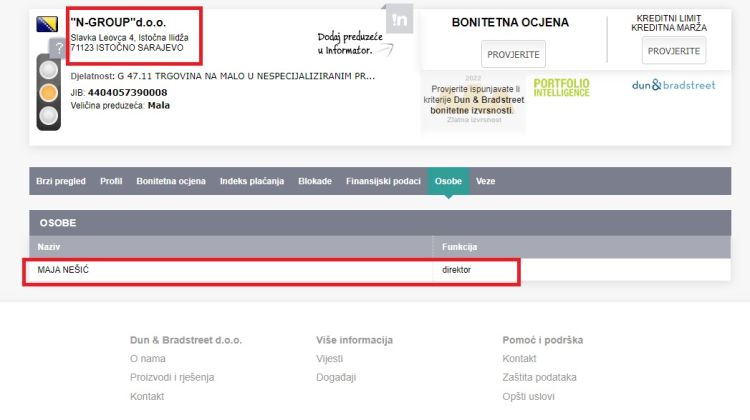 This was done with the Border Police of BiH, the Office for Harmonization and Coordination of Payment Systems in Agriculture, Nutrition and Rural Development of BiH, as well as the Agency for Forensic Examinations and Expertise. These are mainly smaller amounts in the value of 64 to 1,053 KM. With the City of Istočno Sarajevo and the Municipality of Istočna Ilidža in this period, they concluded agreements of greater value, that is, up to 10,092 KM.

Coincidence or not, when it comes to N-Trade, it is interesting that the finances of this company grew constantly and rapidly during the mandate of Nenad Nešić as a state representative. According to official financial data, N-Trade's fixed assets and long-term investments increased from 2.1 million KM in 2017 to 10.2 million KM in 2021. Also, the real estate, plants and equipment of this company in 2017 were worth 2.1 million KM, while in 2021 they amounted to 9.5 million KM. The total assets of N-Trade in 2017 amounted to 4.4 million KM, and in 2021, even 12 million KM! 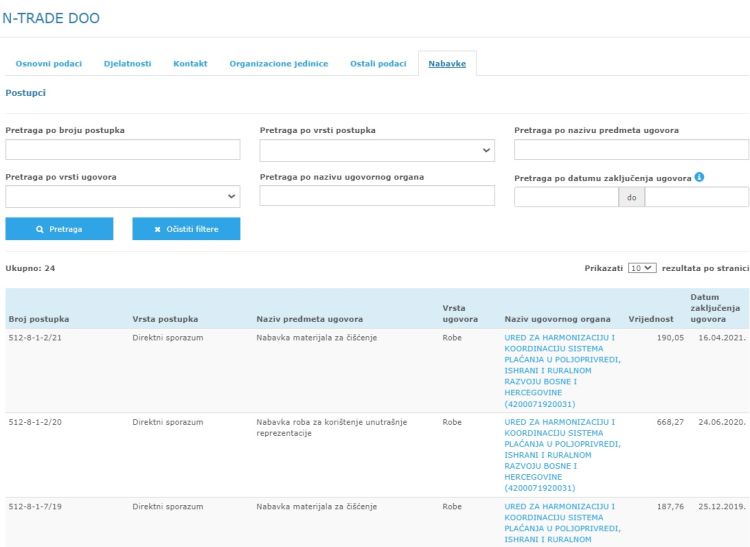 As in the case of Vojin Mitrović, according to the provisions of the current Law on Conflicts of Interest in BiH Institutions, Nenad Nešić is in a conflict of interest since the engagement of a close relative in supervisory boards, administrations or management in private companies that enter into contracts or do business with institutions at any level considers it a conflict of interest.

According to data from the Banja Luka Stock Exchange, Predrag Nešić is also the director of Energoinvest-Automatika Istočno Sarajevo. It is a company that is the successor of the economic giant Energoinvest, which has undergone a transformation of capital in the past years.

It is interesting that N-Trade, another company of Predrag Nešić, has 18.8 per cent of capital in Energoinvest-Automatika, while the majority shareholder is Mlađen Božović, otherwise the head of the Cabinet of the Minister for Human Rights and Refugees of Bosnia and Herzegovina, Miloš Lučić, who is a member of DNS on this function. Božović himself was once a DNS candidate for the position of Minister for Human Rights. By the way, Božović is Predrag Nešić's brother-in-law.

In the upcoming elections, Jugoslav Brdar is on the SDP list for the Assembly of Canton 10 (Livno), and according to the data obtained by Fokus.ba, he is in a conflict of interest. Brdar is a current representative in Assembly 10 (Livno), and at the same time, he is the director of the company “ObrEEn” Livno, which received a concession for fishing rights on Lake Buško from Canton 10, in whose assembly Brdar sits. Otherwise, the Assembly of Canton 10, of which Brdar is a representative, adopts laws, including the Water Act that treats that area, and confirms decisions regarding, for example, the ban on fishing, etc., in Lake Buško. 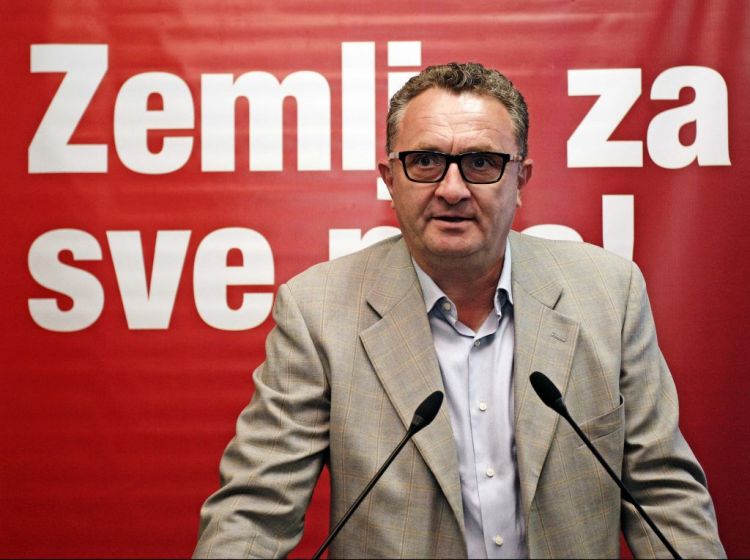 At the same time, Brdar is also the co-owner of LYBRA-PHARM Drvar, the contract pharmacy of the Health Insurance Institute of Canton 10, an institution whose reports are approved by the Assembly of Canton 10 where he is a representative. In January of this year, this pharmacy concluded a direct agreement with the Livno Cantonal Employment Office.

According to Article 4 of the Law on Conflict of Interest in Authorities in FBiH, engagement in a private company in conditions where a conflict of interest is created is incompatible with the public functions of an elected official, executive function holder or advisor. Article 6 of this law stipulates that elected officials, holders of executive functions and advisors during the performance of their duties cannot be members of the assembly, supervisory board, administration or management nor be in the capacity of an authorized person of any private company that concludes contracts worth more than 5,000 KM annually with bodies financed from the budget at any level of government.

Fokus.ba contacted all the officials we analyzed in order to get their comments on this information. The only one who answered us was Brdar.

Brdar points out that he sees nothing controversial in the fact that someone is ready to pay a concession fee for sport fishing, emphasising that the fee for Lake Buško is higher than the fee for other waters. He also confirmed that he is the owner of the company Lybra-Pharm, emphasizing that it has an annual turnover in the millions.

– The market (estimated) position of that company on the market and my complete assets are clearly presented. That's where my role at Lybra-Pharm ends. I am not a member, neither formally nor informally, of any management structures provided for by law in a company that employs 15-20 employees and 100 per cent fulfils its obligations to the state of Bosnia and Herzegovina. My wife does all the work in that regard – said Brdar.