CONFLICT WHO IS IT, INTEREST WHAT IS IT They are in the Mejlis, Lottery, Elektroprivreda and Autoceste, and they also want to be in power 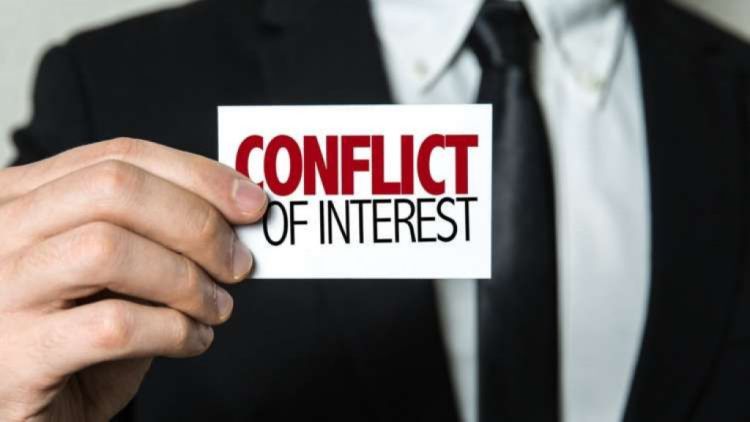 On the lists of HDZ and SDA for the general elections, we find directors of public companies and schools, members of management boards, and the Mejlis, some of them have four positions, and that isn’t even enough for them, so they want to be in power.

Thus, HDZ's candidate for the Assembly of Canton 10 is number 6, which means that Saša Grabovac is entering the Assembly.

School director, member of the BiH Lottery supervisory board

Grabovac is the director of the Silvio Strahimir Kranjčević Secondary Vocational School in Livno, a member of the National Association of the BiH Lottery for two terms (HDZ). The federal government first appointed him to the SB of the Lottery in April 2016, and the last time in 2020 (photo).

Now he is competing for power in Canton 10 (Livno).

SDA is not at all behind HDZ, moreover, they work according to the same matrix.

Thus, the second on their list for the Assembly of HNŽ, Džafer Alić, was elected in 2019 as the president of the Executive Board of the Majlis of the Islamic Community of Mostar for a mandate period of four years. Earlier this year, Alić was appointed to the Board of Directors of the Health Insurance Institute of HNŽ. Only the party knows how the agronomist ended up in healthcare.

How a member of the government in HNŽ will consider the report on the work of ZZO where he is on the board of directors, and especially how he will reconcile the Mejlis, politics and ZZO, only Džafer and SDA, who ranked him second on the list for HNŽ, know.

Alić is certainly one of those SDA officials who, when he gets up in the morning, doesn't know what to do first. In addition to all of the above, the register of officials states that he is active in two other organizations. Namely, he is the president of the School Board of PI Osnovna škola Vrapičići and a member of the Management Board of Pi Cultural Center Mostar-Sjever.

After spending the personnel from the Majlis on several different functions, the SDA, just like its partner in the government HDZ, reaches out to Elektroprivreda, only not HZ HB, but BiH. Thus, the list for the House of Representatives will include Ragib Šuta, SDA's director of the Mostar branch of Elektroprivreda BiH, and a member of the Board of Directors of the Public Institution University Džemal Bijedić in Mostar.

So that Šuta is not the only director on the SDA list, Ajman Šoš, acting executive director for general, personnel and legal affairs of JP Autocesta FBiH, otherwise president of the Čapljin SDA, is also added.

According to the Law, the above-mentioned cannot keep the jobs they do, nor the administrative and supervisory committees, and engage in politics.

Article 5 of the Law on Conflict of Interest states:

Grabovac is in Lutrija (Lottery), Alić is in ZZO and Mežlis, Šuta and Šoše are directors of state-owned companies, whose executive and legislative power the two directors aspire to. The law clearly states that elected officials cannot be authorized persons in a public company.

HDZ and SDA win elections through confrontations, and in the meantime, they work according to the same matrix.

Stjepan Vlašić is number 14. He is on the HDZ's list for ŽZH, and he is also the president of the Administrative Council of the Public Institution Vrilo Gruda.

They work in the EP, and as councillors they submit an initiative against the EP

The Law on Conflict of Interest is one of the EU's priorities for the acquisition of candidate status for BiH, but the ruling authorities are very worried that it will not be passed. The adoption of this law does not at all benefit the ruling parties, who do not even experience a conflict of interest in their everyday life, nor are they sanctioned because of it.

HDZ and SDA lead the way in examples of conflicting interests, not considering it a phenomenon worth mentioning at all. County Minister of Construction Suad Hasandedić was a member of the expert committee that decided on where to build in Mostar in 2012.

Thus, Minister Suad, as a member of the committee, gave opinions on construction at certain locations in Mostar for years. So, Hasandedić, as a member of the commission, directly decides on construction, and as a minister, it is read from the complaints of the people of Mostar regarding construction in Mostar, which is probably not found anywhere in the world, but in Mostar, that the minister is in a position to decide something, and later examine the legality their decisions, that is, permits issued on the basis of the committee's opinion.

The 71-year-old minister did not answer for this conflict of interest, and he certainly will not.

HDZ BiH has 'prepared' five councillors employed by EP HZ HB, out of a total of thirteen, to the Mostar City Council. They are Vlatko Marinović, Kažimir Miličević, Stanko Ćosić, Marko Novak and Damir Šunjić. It is not clear how this team will position itself regarding the relationship between Elektroprivreda and the City, and it is interesting that HDZ's club, completely unaware and lost in the conflict of interests, submitted an initiative to Elektroprivreda HZ HB to stop the devastation of flora and fauna, that is, the premature drying up of Jasenica.

And that everything can be legal (not legitimate) is proven by the example of Nevenk Herceg, who for about three years was simultaneously the Prime Minister of HNŽ and also a representative in the Assembly of HNŽ, so he spoke for 10 minutes as a representative - legislator, and for 10 minutes as the Prime Minister - executor! And Minister Teletović has not renounced this pleasure even to this day and will spend the entire term in two incompatible chairs.